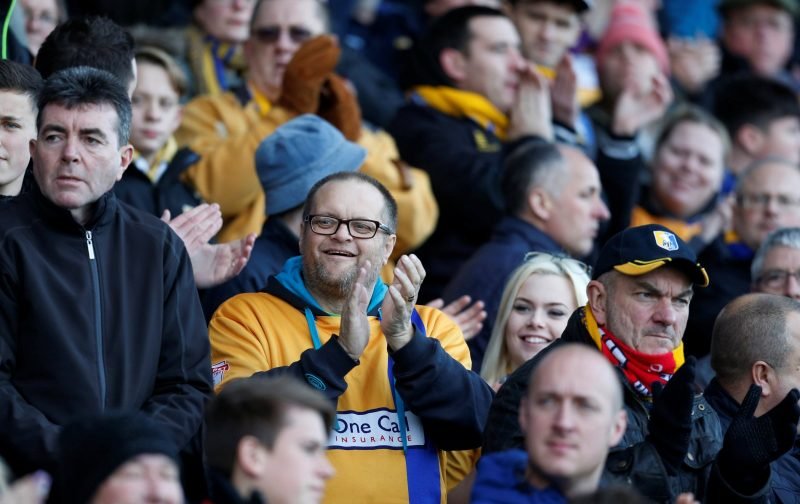 We take a look at 3 vital ingredients required for the Stags to beat Stevenage in their midweek clash….

Ricky Miller looks hungry to impress, how he was on the bench for the shambles on Saturday, is anyone’s guess.

Some say that he should play in a three-man attach with Rose and Angol, but we would drop the latter, Angol hasn`t looked interested since he came here, how Evans thought he was getting value for money by replacing club legend Matt Green is just as baffling to us at Vital Mansfield.

Mind you, with the way Evans carried on, in getting out of the club, we shouldn`t be surprised by this shocking piece of transfer business.
Miller will want a long-term deal at the club and has said he wants to play, give the guy his wish.

Despite the hilarious reaction on social media, wanting Flitcroft sacked after just four games, never mind the 7 now in which we haven`t won, he is drinking in the last chance saloon now, two defeats this week, at Stevenage which is a must win game for any play off hopes still lingering, or worse still, to those over the M1 that we need to send down, will see him fall on his sword no doubt.

Is a month long enough for a manager? It is, if the players are simply not responding to him, win these 2 David and we`ll sneak into the play offs, and we can forget your first month ever happened.

What on earth went on with Zander Diamond at the weekend, the club captain hauled off after half an hour? Definitely the fall guy for the opening half-hour against Crewe, which saw the Stags trailing 4-1, before bringing it back to 4-3 by the final whistle.

If we are to have this late surge back into the play off picture, we need all players behind the gaffer, does Diamond`s showing on Saturday, mean there is trouble behind the scenes? If the club captain doesn`t want to play to his maximum best, then what does that say for the rest!

This is a guy who was good enough for League 1 last season, so what`s changed, he played well enough under the last manager, is this the true sign we are moving to the last chance saloon?