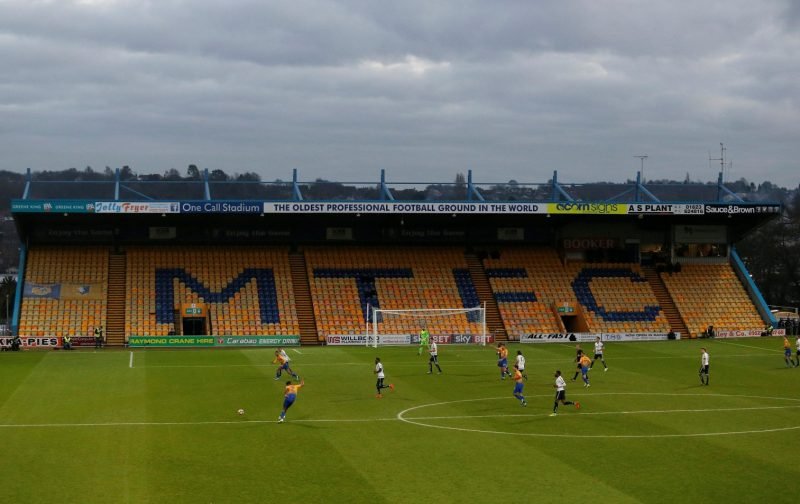 Three things we at Vital Mansfield have learnt from the 1-1 draw with mid-table Lincoln City….

It was David Flitcroft’s first game in charge for Mansfield, yet some idiots in the crowd were still hell bent on giving him grief as he walked in and out of the tunnel at half time, plus the odd keyboard warrior has popped up on social media having a pop, look at some of these beauties …

‘Our fitness levels also looked poor . A lot to think about for Flitcroft.’

‘Jury still out obviously but the early signs aren’t anything to get excited about.’

‘Flitcroft should learn quickly we aren’t a long ball side.’

‘It’s clear we have made the wrong appointment. If Radford acts now it’s not too late to save our season.’

Some Stags supporters, don’t deserve a promotion push, let alone the effort put in by our superb owners!

Lincoln’s tactics are right out of the dinosaur ages, and horrible to watch, we put up with it for so long under Paul Cox, but even with a conference title, we got bored not long after.

Play it to the full back, and launch it as far as you can, great entertainment for £24, NOT! If that’s what you enjoy watching, then good luck to you.

Nothing was decided last night, the day out at County will go a long way to deciding if we can break the top 3, there are still a lot of points to play for, remember Portsmouth last season, who hadn’t been top at all during the campaign, taking the honours right at the death, Luton are faltering and we will play better than last night.